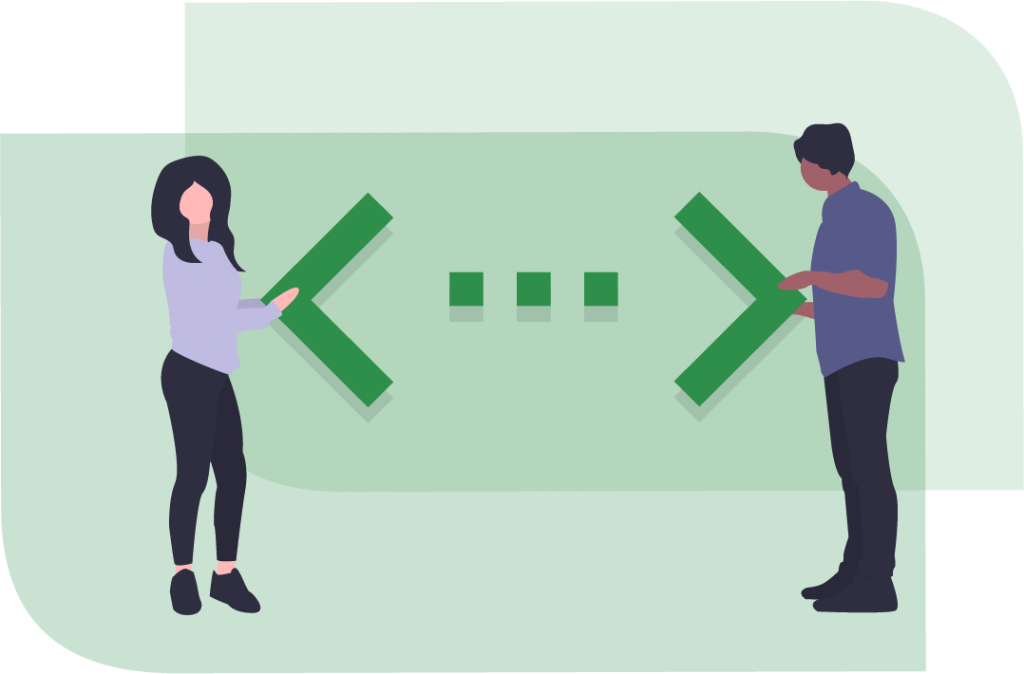 What Prevents Recruitment Teams from Having Consistent Candidate Ratings

When multiple recruiters are working on the same hiring project, a difference of opinion can become a huge problem. This can become particularly evident when it comes to rating each candidate during the first in-person interviewing stage of the process. If certain recruiters are scoring the candidates too high or too low, or if there’s just a difference of opinion across the board, the process could get bottle-necked while recruiters try to figure out who exactly is right for the job.

Below you’ll read about a team of recruiters who find themselves in this exact scenario: stuck on trying to decide who should move on to the finalist round because the ratings are too inconsistent.

“Looking back,” Nancy thought to herself, “I should have chosen a five-person recruitment team instead of four. Then there could be a tie-breaker in this room.” But that probably wouldn’t have helped her, anyway. She has been in a meeting with three of her co-workers for an hour now discussing who should move on to the finalist round for an administrative position at their company. They were asked to review the ratings of each of the seven recent first in-person interviews and narrow it down to three. The problem is the rating of each candidate is so inconsistent, they can’t agree on who should move on and who shouldn’t. As a result, each recruiter was talking about the candidates in generalities instead of being able to use collected data to fairly evaluate each candidate.

They were all present for a video conference call with each of the candidates last week, but the problem was the company had no standardized rating system. Each recruiter had to score the candidates out of 10, but there are no rules defining the difference between each score. So the recruiters are forced to go with their guts as to what the score should be instead of following set rules. One of the recruiters didn’t even fill out the rating scores until after all the interviews were complete.

While these four recruiters work fine individually, this was the first time they were working together. Nancy suspects that’s part of the reason why there were so much confusion and disagreement. There’s no process in place, so no one knows what the standards are.

The meeting ends with no decision made. Nancy will be forced to book another meeting later in the week, so she asks the team to carefully consider each candidate and make pro/con notes for each one. She hopes they’ll actually be able to pick three great candidates and finally finish this long discussion soon, but doesn’t suspect that will be the case.

If Nancy and her team had access to live video interviewing, they wouldn’t be having so much trouble selecting finalists. Live video interviewing software would have still allowed all of them to join the call, but Nancy could have set up a rating guide in the system itself, so everyone would know exactly what they were saying when they gave a candidate a particular score.

With this software, there is a rating attached to each question but there is also an overall rating score at the bottom. If Nancy is concerned one of her co-workers is ignoring the rating guidelines, she can compare the question ratings to the overall rating to see if there’s any inconsistency. The system enables her to see the scores on a per question basis, as well. This way if there is a point of discussion about scores being off, the group can pinpoint which question it is and discuss the right part of the interviews. Whereas before they were speaking generally about the interview as a whole.

Video interviewing with built-in ratings will ensure your recruiters know exactly how to rate an applicant and make it as easy as possible to do so.

Unless interviewers are evaluating candidates based on the same criteria, a panel interview can easily bring more confusion than value to the assessment. Arrange a live demo to learn how VidCruiter’s recruitment software provides multiple ways to keep your entire hiring team organized during group interviews.